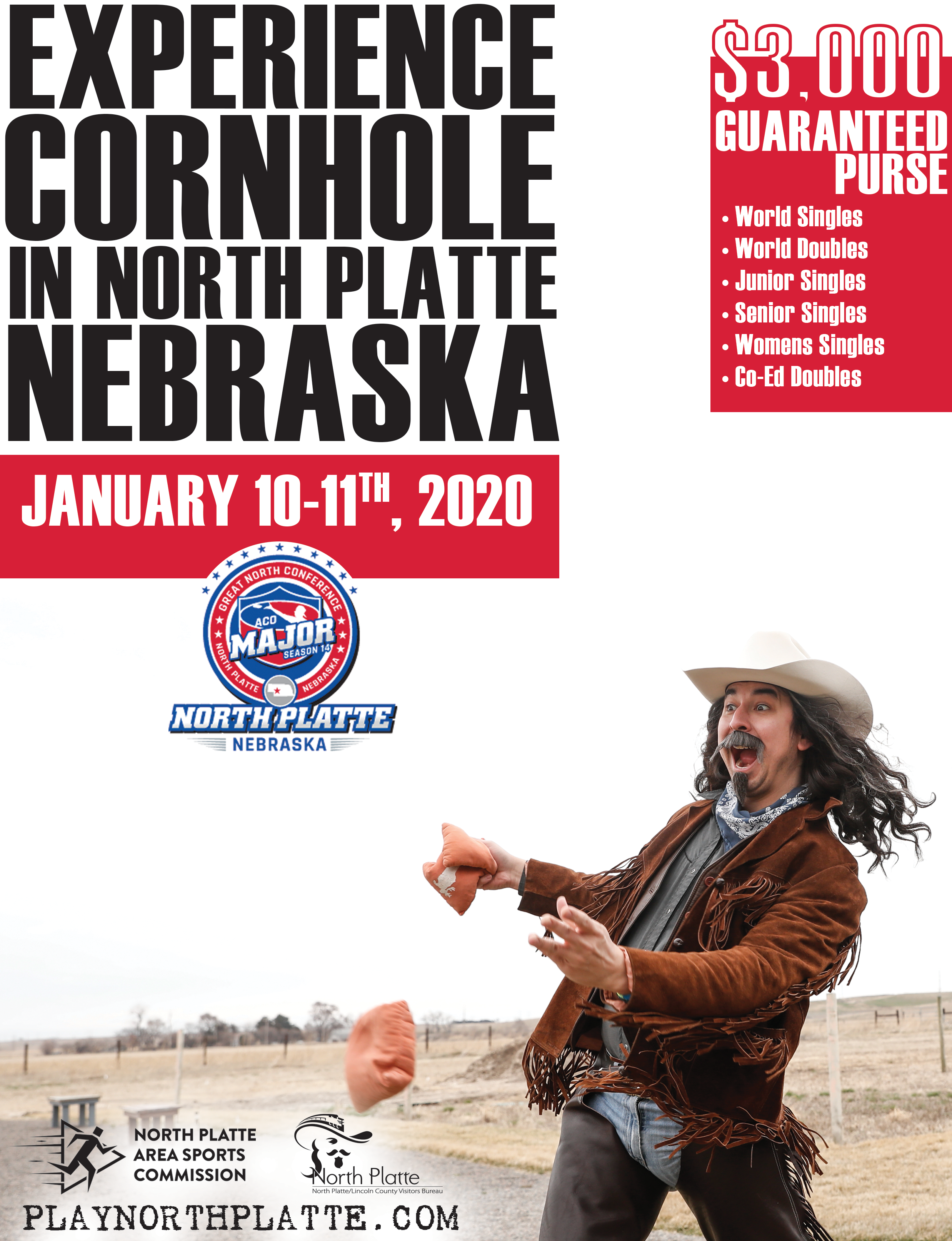 The North Platte Area Sports Commission and the American Cornhole Organization has teamed up to bring you the ACO Master Series Major Cornhole Tournament this January. On Friday, January 10th, the ACO will host 4 of its 6 divisions – Juniors, Seniors, Women’s, and Co-ed. Saturday, January 12th, is going to be the “big dance” where competitors will compete in the World Doubles and Singles. These 2 divisions are the most popular in the ACO and usually have the most talented and experienced players. Majors are only a points-earning tournament to qualify for Worlds in July, so to spice up the competition, The North Platte Area Sports Commission and The North Platte/Lincoln County Visitors Bureau has put in $3,000 cash purse. Each division will get a piece of the total prize. In 2019, over 117 competitors from Colorado, Arkansas, Missouri, Tennessee, Iowa, Indiana, Kansas, Las Vegas, and California came to Nebraska for the first Great North Conference Major Tournament. The event is FREE to come watch. Onsite concession stands provided by a local 13U baseball team, Rowdy Rott BBQ, and a bar provided by the Longhorn Bar.

Registration fees depend on what division you compete in. Ranging from $15 – $45 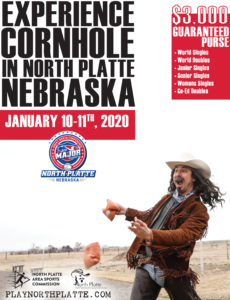 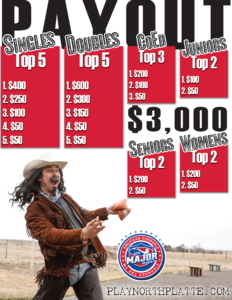