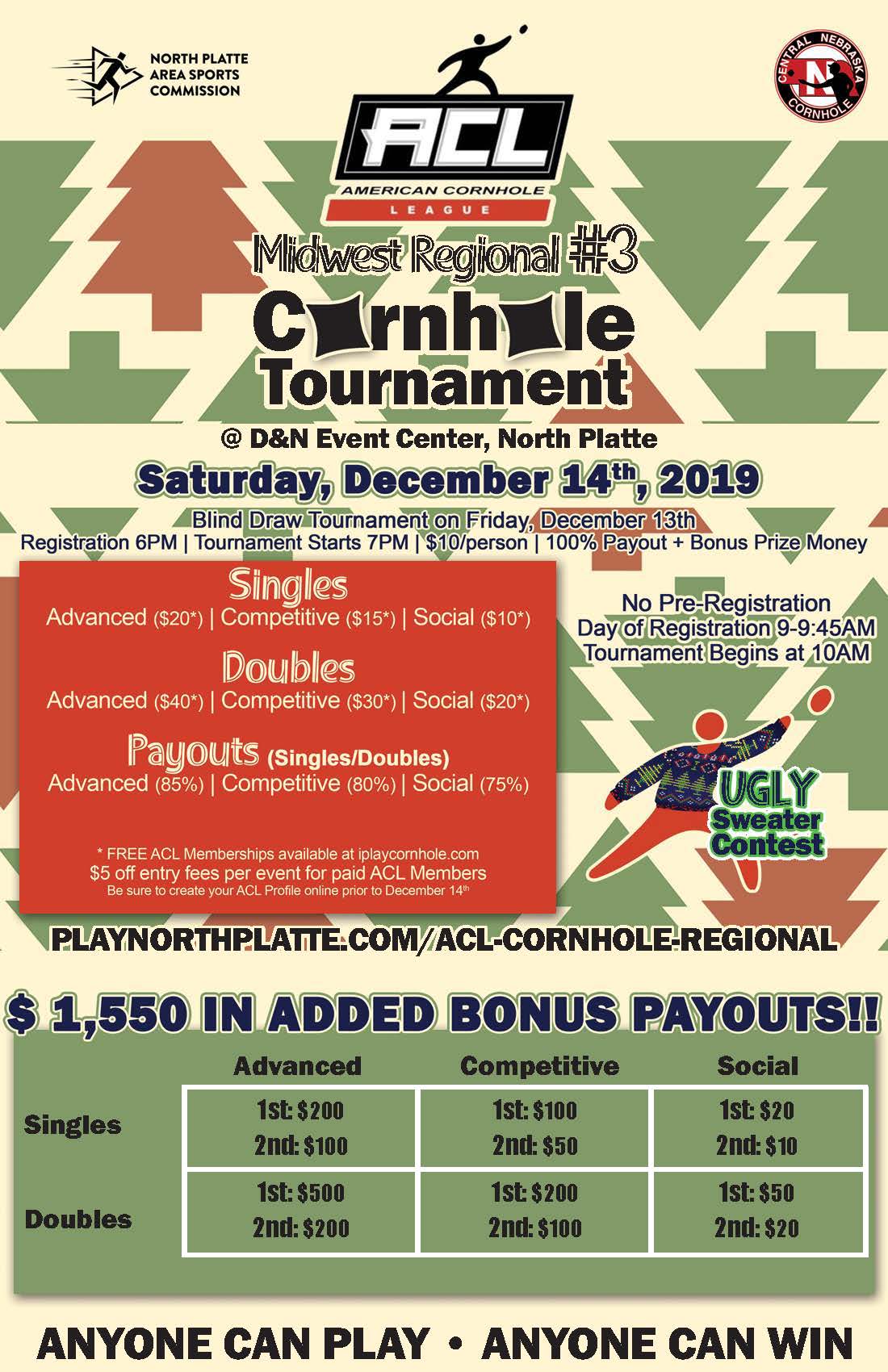 With the growing popularity of Cornhole or ”Bag Toss” in the North Platte area, the North Platte Sports Commission has teamed up with local American Cornhole League (ACL) regional director, Jen McDermott from Kearney, to bring you a Midwest Regional Cornhole Tournament at the D&N Event Center. The American Cornhole League is different from other organizations, as it encourages all ages and skill levels to compete, at the level that you belong in! So no more competing against the big shots you see on ESPN! Competition levels include: Advanced (for the really, really good ones), Competitive, and Social (for your average back-yard players).

Friday, December 13th at the D&N Event Center, we will kick things off with a Blind Draw Tournament – 100% payout to the Top 3 + bonus prize money! Cost is $10 per person to enter. Registration begins at 6PM with tournament starting at 7PM.

Grab your ugliest sweater and join us on Saturday, December 14th for the ACL Singles and Doubles Tournaments. Registration for Doubles starts at 9am, with competition starting at 10am. Registration for Singles will begin at 12pm (noon), with competition starting at 1pm. Payouts and cost per team/person vary by competition level and division. The North Platte/Lincoln County Visitors Bureau has added in some BONUS prize money for a bit of a game changer… an additional $1,550 will be added to the existing payout! Plus, the Top 3 will walk away with a sweet trophy! And did we mention there was an UGLY Sweater Contest?!

Competitors are expected to come from all over the region, including Eastern Nebraska, Iowa, Missouri, Kansas, Colorado, and more… Memberships are required to play in an ACL tournament; however, you can get a FREE one! 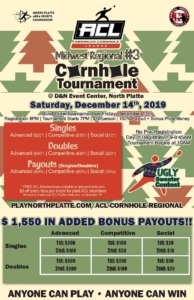