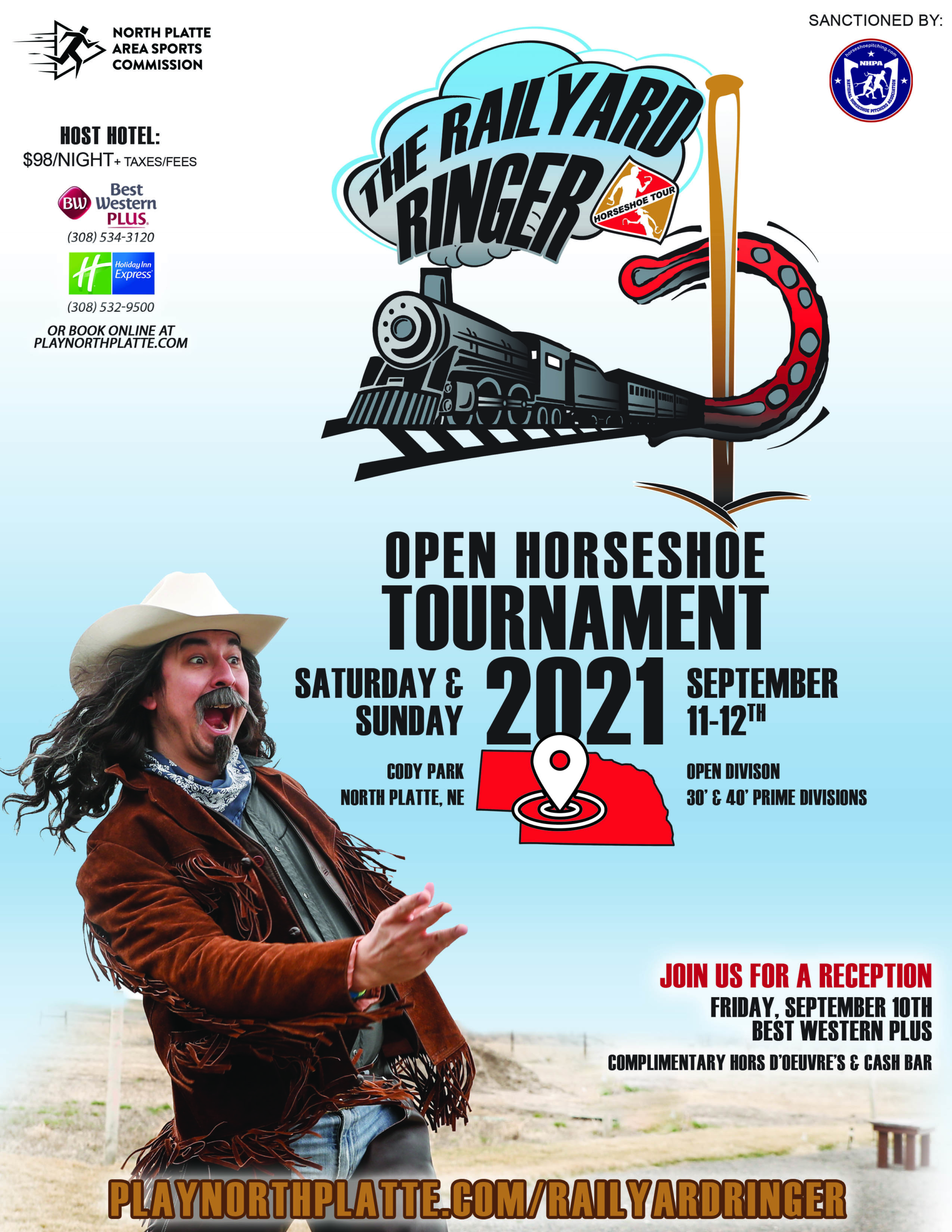 The North Platte Area Sports Commission is excited to partner with the local North Platte Pitchers Club to bring a new event to the Midwest. The Rail Yard Ringer Open Horseshoe Tournament will occur at the Horseshoe Pitching Facility located on the East end of Cody Park on September 11th & 12th, 2021. This is the debut appearance for The Horseshoe Tour, sanctioned by the (NHPA) National Horseshoe Pitchers Association, for the Midwest area as most of the Horseshoe Tour events happen in states such as North and South Carolina, Louisiana, and Nevada. The Horseshoe Tour was originated in 2009 and consists of 3 divisions, the Prime 40’, Prime 30’ and the Open Division. The two “Prime Divisions” are the Horseshoe Tour’s featured divisions where players with averages above 40% compete in a unique format including: 30 shoe games, ringers only, a qualifying round on Saturday, and finals on Sunday. While players are competing for the Title, all players from top to bottom [in the Prime Division] will receive a payout, based on pitching performances during the event. The Rail Yard Ringer will also be involved at a certain level with the tour “Big Game” points race, which involves accumulated points throughout all locations on the 2021 Horseshoe Tour schedule and provides a “bonus” payout at the end of the year. The “Open Divisions” were added to allow players with lower averages to participate in the same format as the prime divisions, but with restrictions and a smaller payout. To register for the event, go to PlayNorthPlatte.com/RailYardRingerFor or call Samantha Geisler at (308) 221-6865 or SGeisler@PlayNorthPlatte.com. You may also reach out to Mike Thomsen and Mike Richards, from the North Platte Pitchers Club, and Rex Robinson, the Regional Director and liaison for the State Association, or Ron Taylor, Director of Operations for the Horseshoe Tour. These events are sponsored in part by the North Platte Area Sports Commission, a division of the North Platte/Lincoln County Visitors Bureau.